About the Author: Kelly Shinozawa

* Received the “Ribon” Manga Grand Award in 1990 and started a manga author life since then.

* Baptized in June 2004, at Japanese-American United Church of Manhattan, New York, USA.
( I came to know the love of God through my Christian roomate.)

* Future Plan
- There are many evangelistic songs and movies but very few Christian manga. I believe God has given me a mission to communicate His love with the children of the world through manga works. There is joy in drawing and it’s fun to make manga, and I’m looking forward to introduce this art medium. 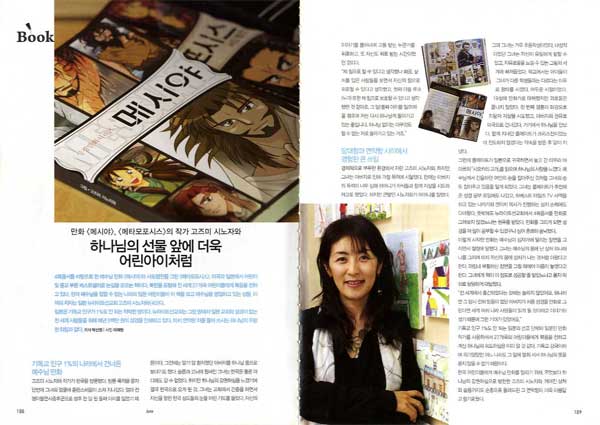